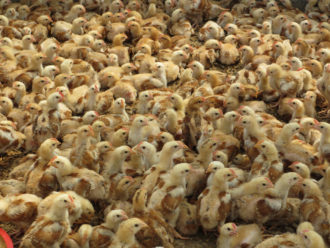 White Oak Pastures raises its own chickens and would like to use black soldier fly larvae as a supplemental feed.

COMMERCE, Texas – Research at Texas A&M University-Commerce has found that adding a safe, artificial light source to the coops of pasture-raised poultry increases egg laying in hens in the fall and winter – a time of the year when egg production in pasture poultry generally declines.

“Commercially raised hens are commonly kept indoors under artificial lighting for fourteen to sixteen hours per day.  As pasture-raised hens do not have a controlled photoperiod, egg laying declines during times of the year when day length or photoperiod is short,” said Morgan. “It is hypothesized that egg-laying rates will increase in pasture-raised hens if artificial light is added to coops to mimic long days during periods of decreasing daylight."

In the results of the study, Morgan found that hens increased their egg laying under the commercial system and pasture-raised systems with artificial light.

That’s good news for producers interested in pasture-raised as a more sustainable means of poultry production compared to commercial management practices. In addition, Morgan found that the eggs of pasture-raised hens were larger and of higher quality than the eggs from commercial hens.

“Given the increase in egg quality measurements that pasture-raised eggs exhibit over commercial-style eggs, such as yolk color, albumen height, and egg weight, it is concluded that pasture-raised eggs can provide benefits to the producer and the consumer,” said Morgan. “It is also concluded that combining a pasture system with a commercial-style lighting regime, which results in greater egg deposition rate, contributes to a more desirable overall production system for the producer and the consumer. 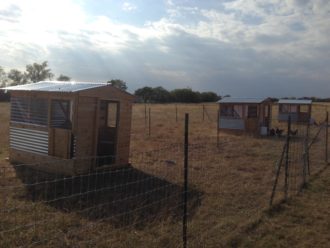 Morgan said that the artificial lighting system is economical for producers, costing about $40 to add to a chicken coop. The breakeven point is around the eighth week of production for producers with roughly 10 hens in coop.

Providing supplemental lighting to pasture-raised laying hens is a simple practice for poultry producers, and has great potential to increase both quantity and quality of egg products for producers seeking sustainable alternatives for their hen production systems.

Published by the Southern Region of the Sustainable Agriculture Research and Education (SARE) program. Funded by the USDA National Institute of Food and Agriculture (NIFA), Southern SARE operates under cooperative agreements with the University of Georgia, Fort Valley State University, and the Kerr Center for Sustainable Agriculture to offer competitive grants to advance sustainable agriculture in America's Southern region. This material is based upon work that is supported by the National Institute of Food and Agriculture, U.S. Department of Agriculture, through Southern Sustainable Agriculture Research and Education, under sub-award number: GS14-138. USDA is an equal opportunity employer and service provider. Any opinions, findings, conclusions, or recommendations expressed in this publication are those of the author(s) and do not necessarily reflect the view of the U.S. Department of Agriculture.